The changing economy over the last 40 years has increased the basic cost of living. You often hear people who grew up in the 80s talking about how much things cost and ‘in my day, you could have bought…’

So we’re looking at the price of vinyl records over the years. Have they really increased in cost? Does this differ from the US to the UK?

First, we should be looking at how many vinyl records cost in today’s market. There are many factors to include here, so we’ll be looking at established artists releasing an LP so Taylor Swift compared with bands in the 80s such as The Rolling Stones.

How has the price of vinyl records changed over the years?

The cost of vinyl hasn’t actually increased too much over the last 60 years. With the production techniques and materials being relatively the same. The demand aspect and technology advances and the switches to digital music and streaming services vinyls are produced in lower numbers with the value of a vinyl record being pretty similar.

The biggest difference is the relative cost of vinyl records vs other forms of music in the UK and US markets.

A CD is sold at £12-15 in the UK and $12-16 in the US, the cost of streaming services such as Spotify at £9.99 per month unlocking millions of albums in a single place means that the cost of vinyl and the entry to that market is actually very high.

The benefits are owning a physical piece of work and having the experience of playing that album the whole way through.

History of Vinyl Records: When did vinyl records come out 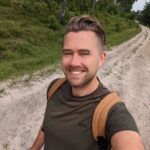 Music enthusiast with a love for vinyl, gigs and festivals. Here to educate, review, discuss and share the love of music and vinyl records for the next generation.

Traveling with vinyl: can vinyl records go through airport security?

Vinyl records have seen a resurgence in popularity in recent years, with more and more people…

Are you a vinyl enthusiast looking for the best record fairs in the UK? Look no…

Attending Record Fairs in the UK: A Guide for Buyers

Record fairs are a great way to find rare and hard-to-find vinyl records, as well as…